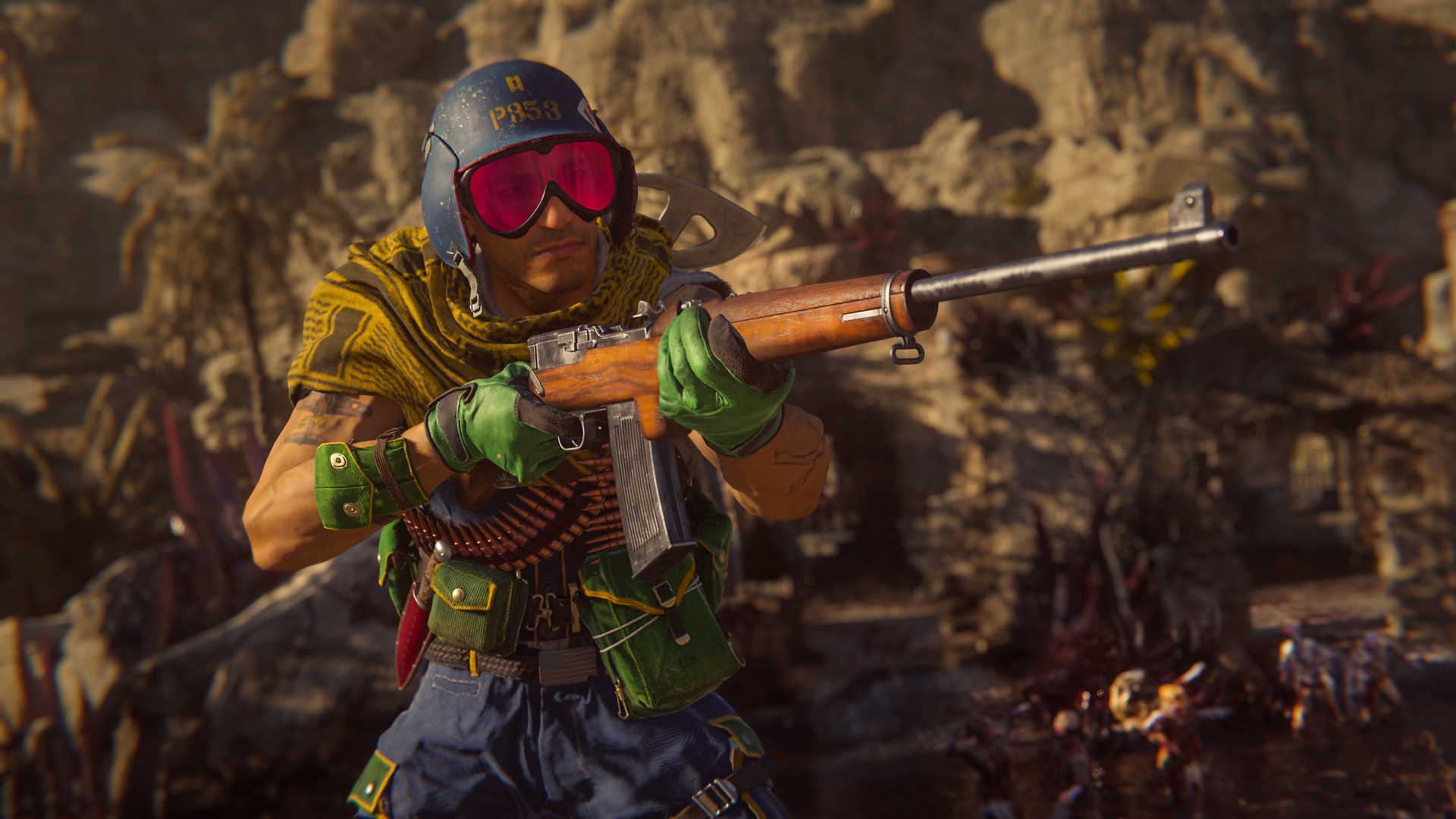 A semi-automatic rifle with a combination of power and fire rate. Impressive at any range in the hands of a capable marksman.

The first postlaunch rival to the trio of existing Vanguard Marksman Rifles, the M1916 is the favored weapon of one of the new Operators who is typically known for favoring long-range combat. 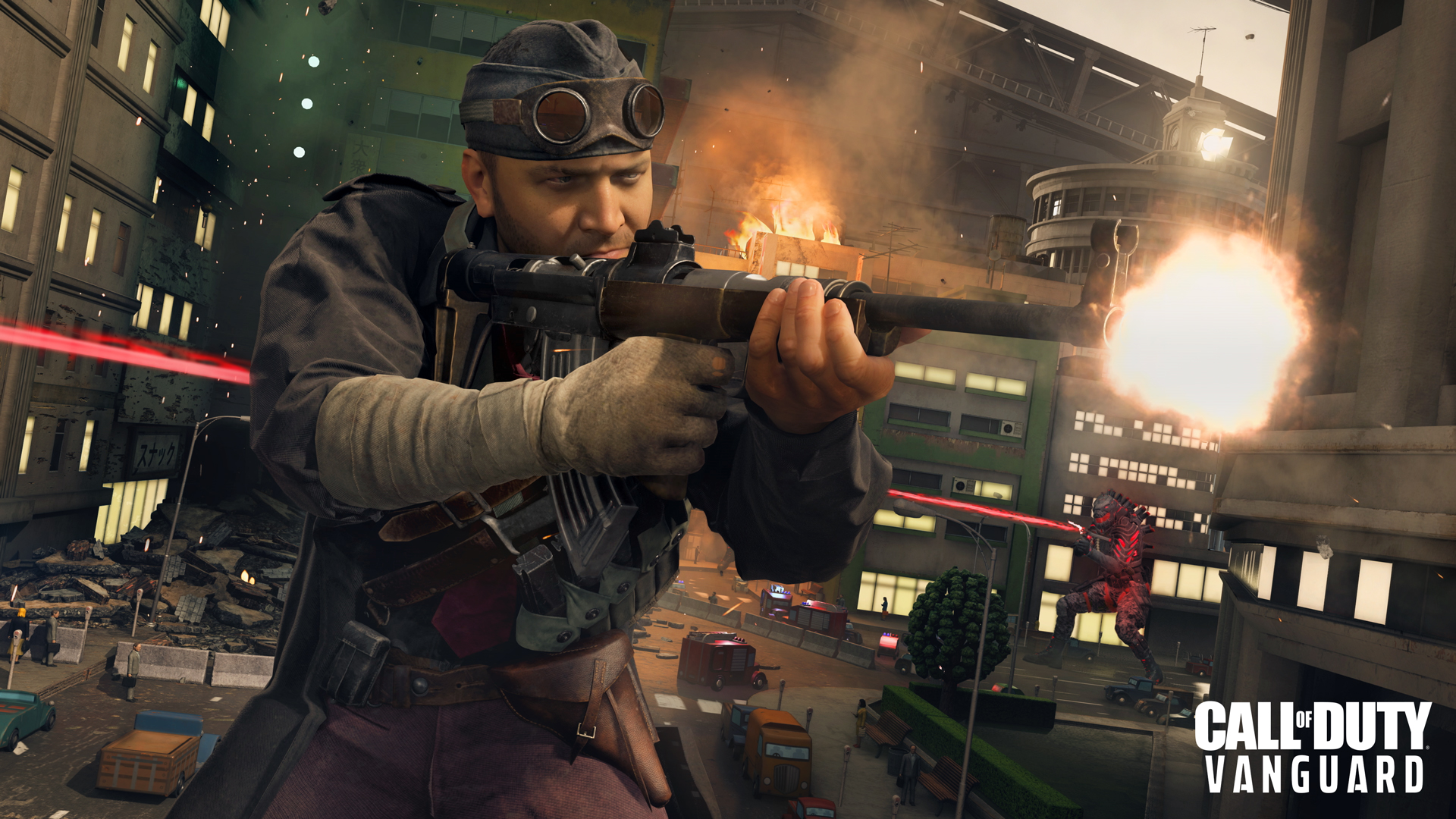 Accurate and reliable with best-in-class fire rate, this AR can be outfitted to exceed in CQC or long-range combat scenarios.

The Nikita AVT is the fastest-firing Assault Rifle in Vanguard to date, making it a great choice for SMG users who want to transition to a more midrange option. 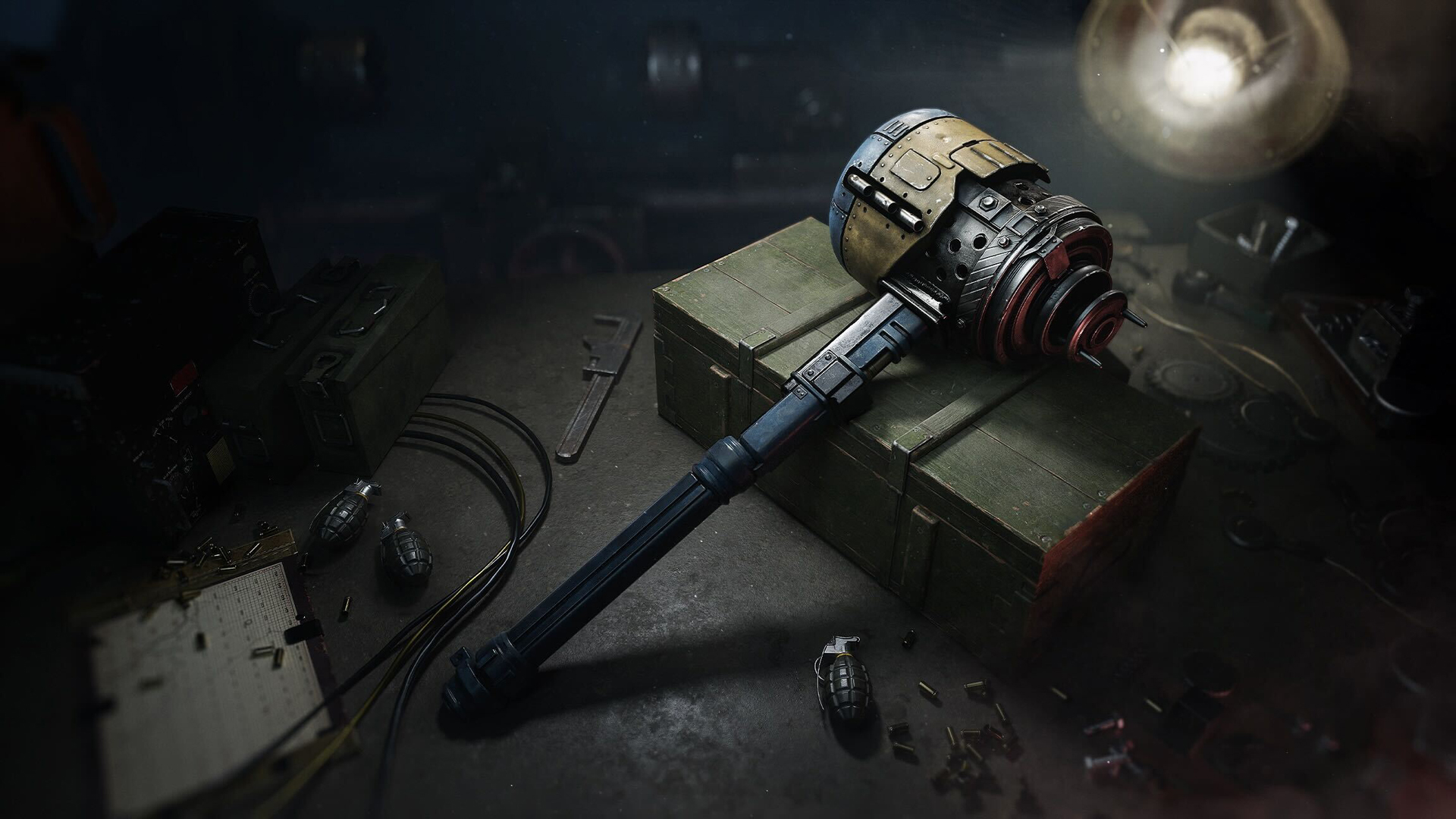 The pride and joy of a certain game development studio, the Junkyard Jet Sledgehammer is a force to be reckoned with in hand-to-hand combat situations.

Little is known of this blowback SMG except that it seems to use a 9 x 19 mm cartridge and shares some design techniques with the Sten and PPSh-41… But because Classified Arms were only recently discovered, expect intel on this new weapon closer to when it drops during the mid-season.

This task force of just heroes is ready to swoop down on Caldera, clawing deep into enemy territory. 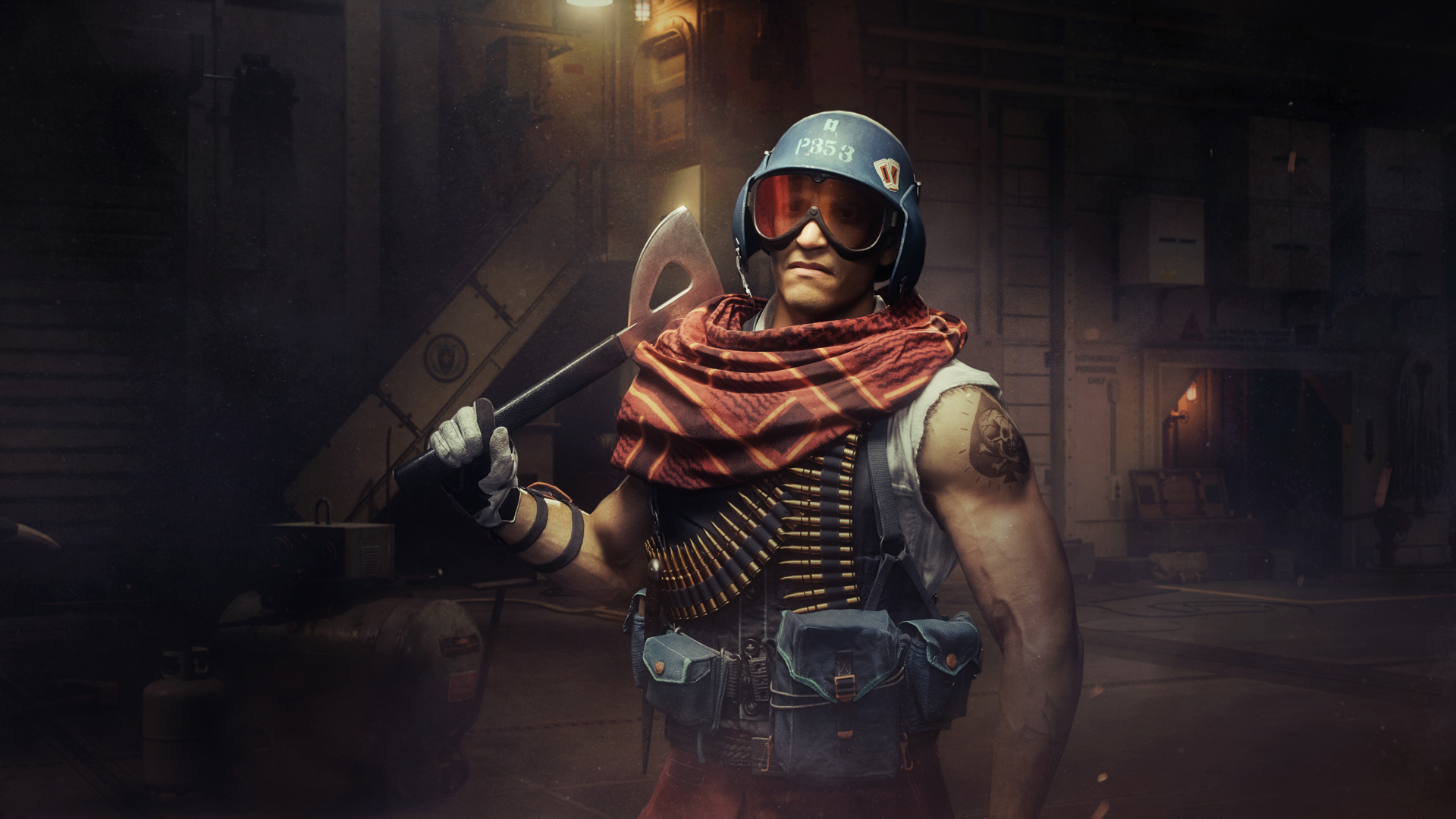 Sniper. Tail gunner. A hero for his community.

As a first-generation American, Mateo fought in the Pacific as an aerial machine-gun Operator. After serving, he continued to set precedent for his fellow Operators, being a champion for those fighting injustice and protecting the innocent in his home State. 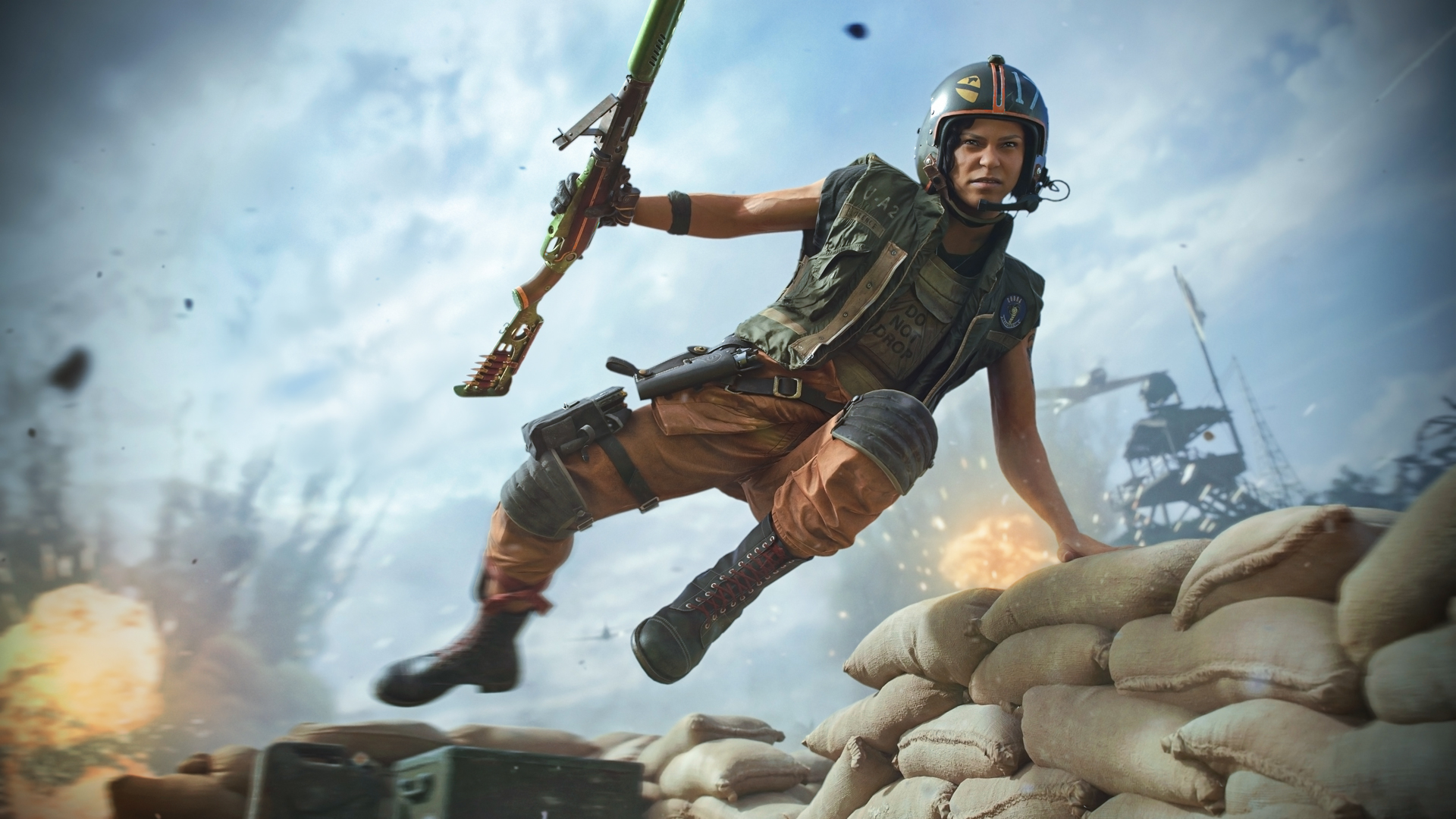 If Mateo is the top gunner for this task force, then Florence is the unparalleled ace pilot.

Born and raised in Alabama, Florence was determined to never give up on her childhood dream and rose to become one of the best rescue helicopter pilots across all S.O.T.F. groups. Her abilities in close-quarters combat are second only to her talent and passion for ruling the skies. 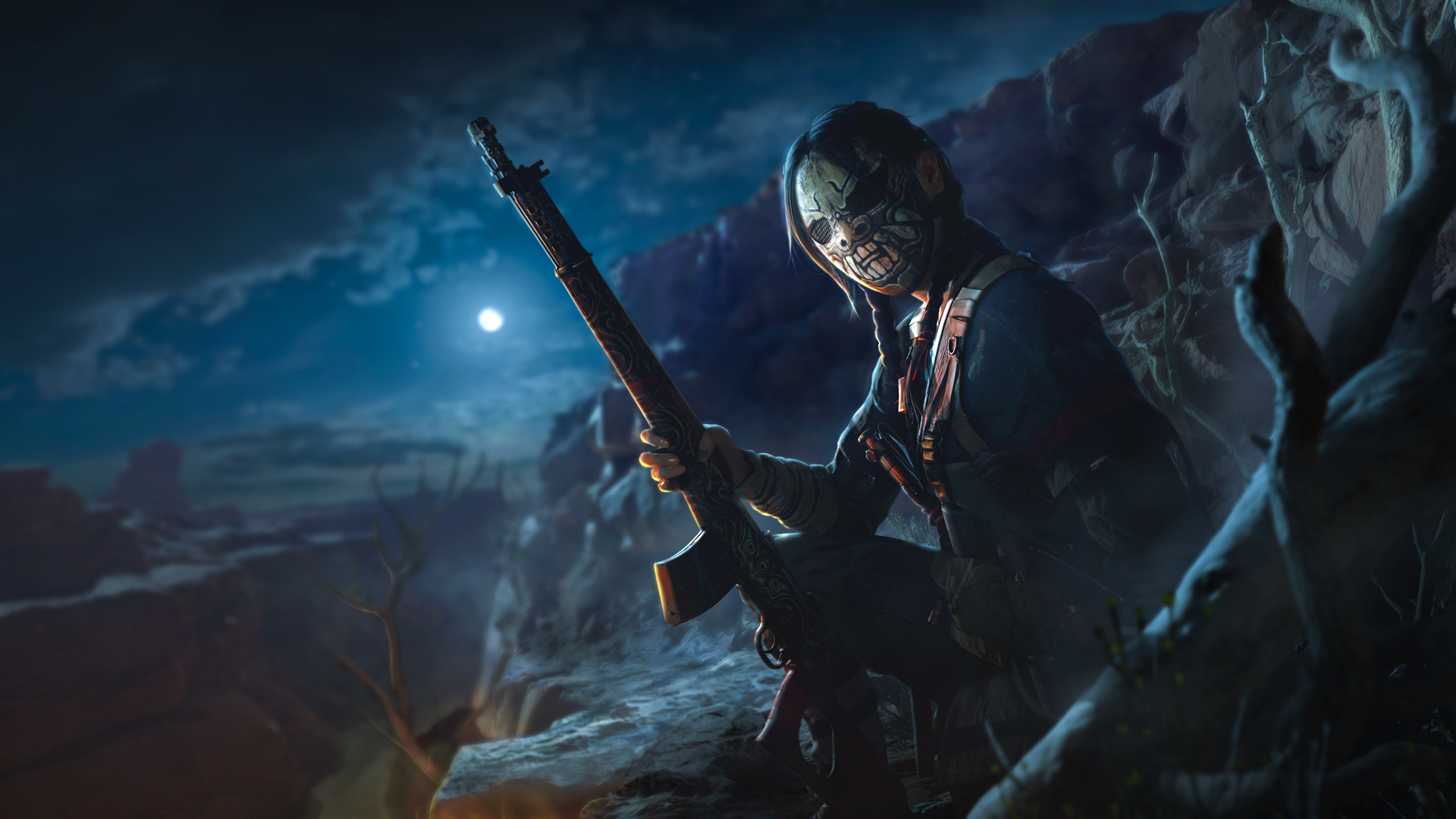 Fearless in close combat, Kim Tae Young is a local hero who will lend her skills to this new task force later this season. 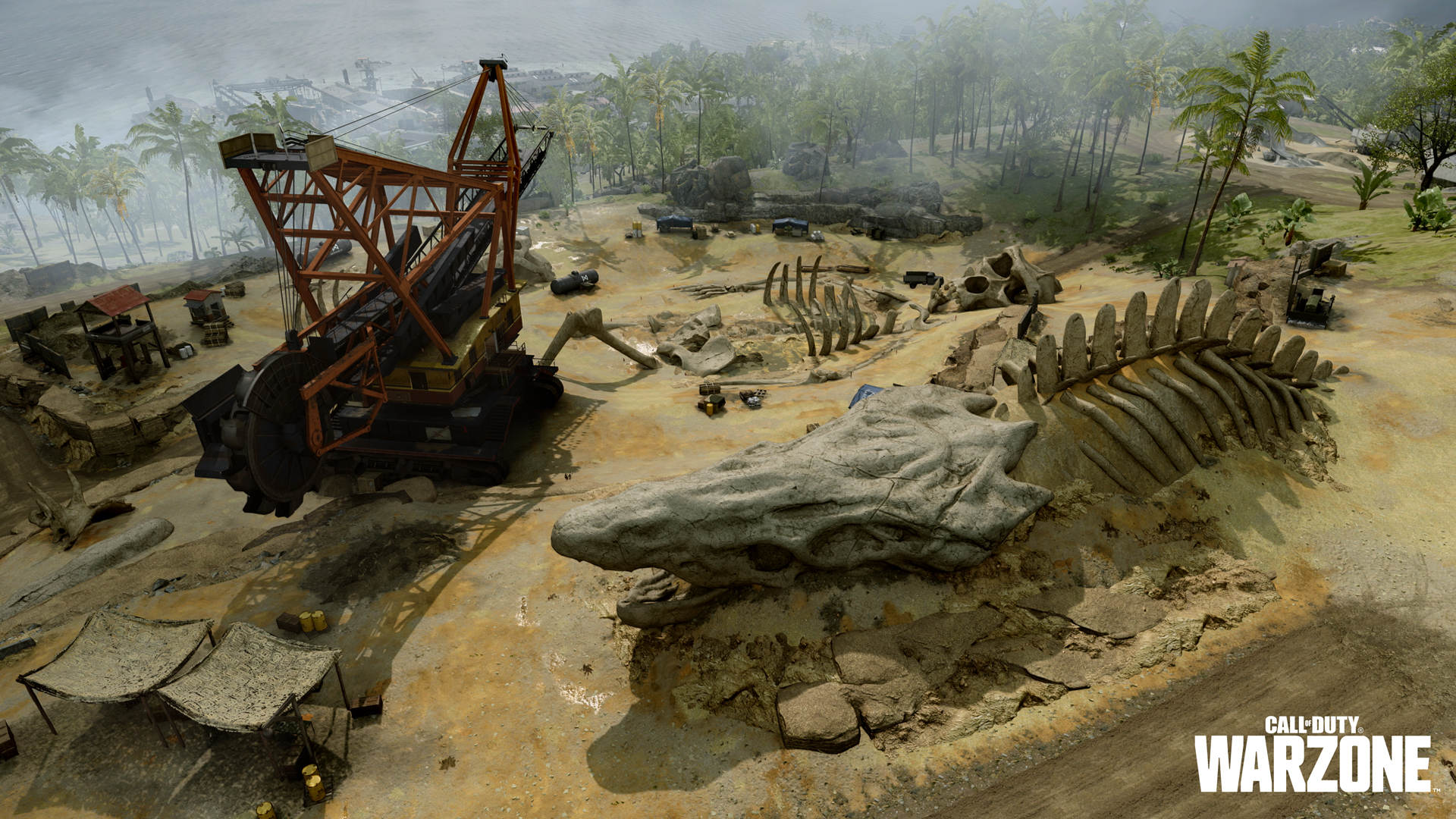 Located between the Mine and the Ruins, Dig Site provides Operators the opportunity to rummage through abandoned excavation equipment, tents, and massive skeletons for Supply Boxes and other items.

Don’t question these ancient skulls’ origins for too long; the area’s verticality makes it an action-filled location, as well as a source of Cash generation, especially if a Contract or two spawns in here. 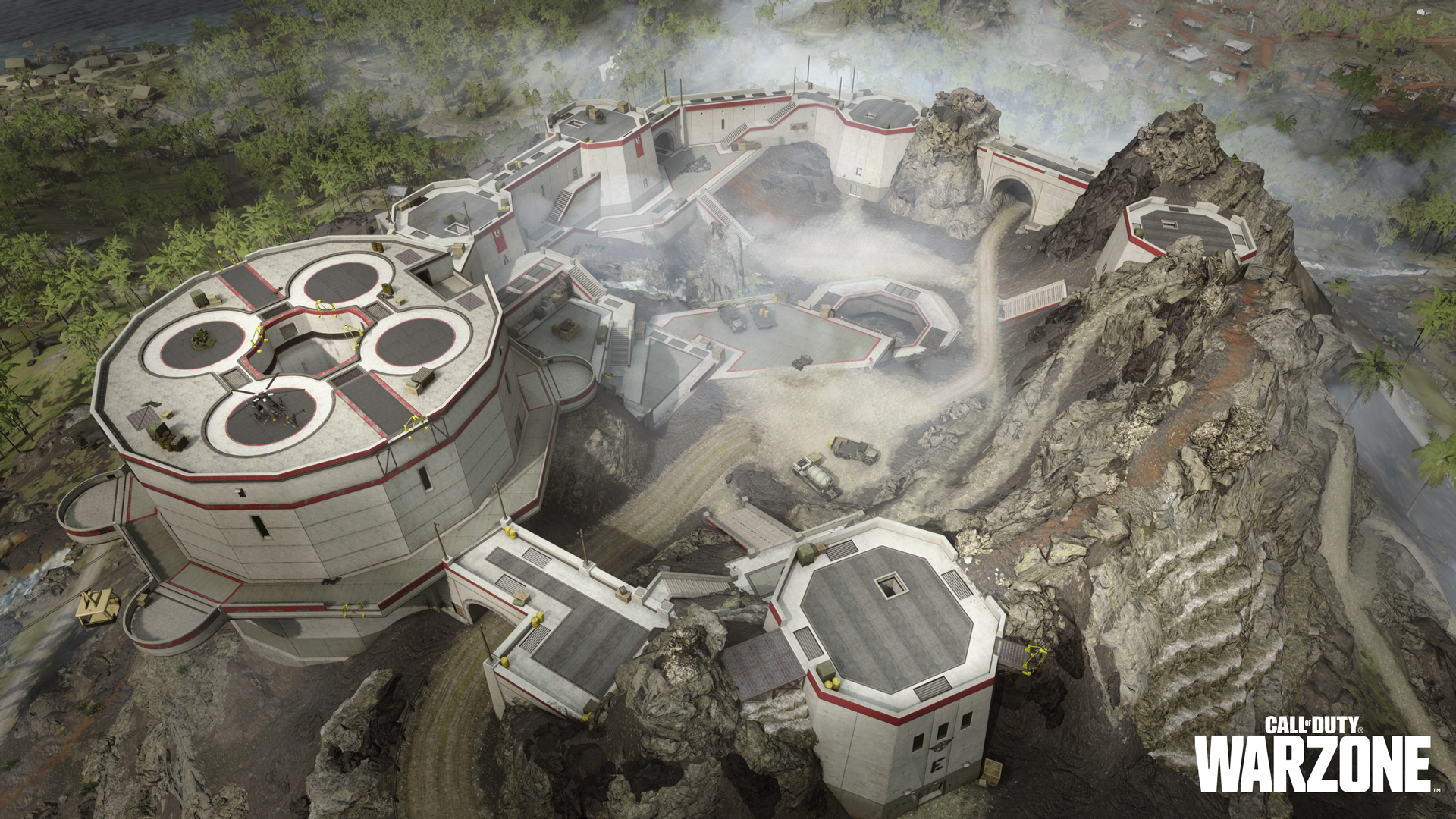 With ominous skies over Caldera, those defending the island and its secrets decided to refortify Caldera’s northern aircraft Runway and its stronghold on the Peak after two seasons of being under construction. Meanwhile, the recent storm front caused the tide rolled in on the Lagoon, revealing another path to the Lighthouse.

With multiple towers fully constructed, it’s now even easier to drop from the Peak to most named areas… Of course, those flying down from it are just asking to be shot down out of the sky for a #CODTopPlay. 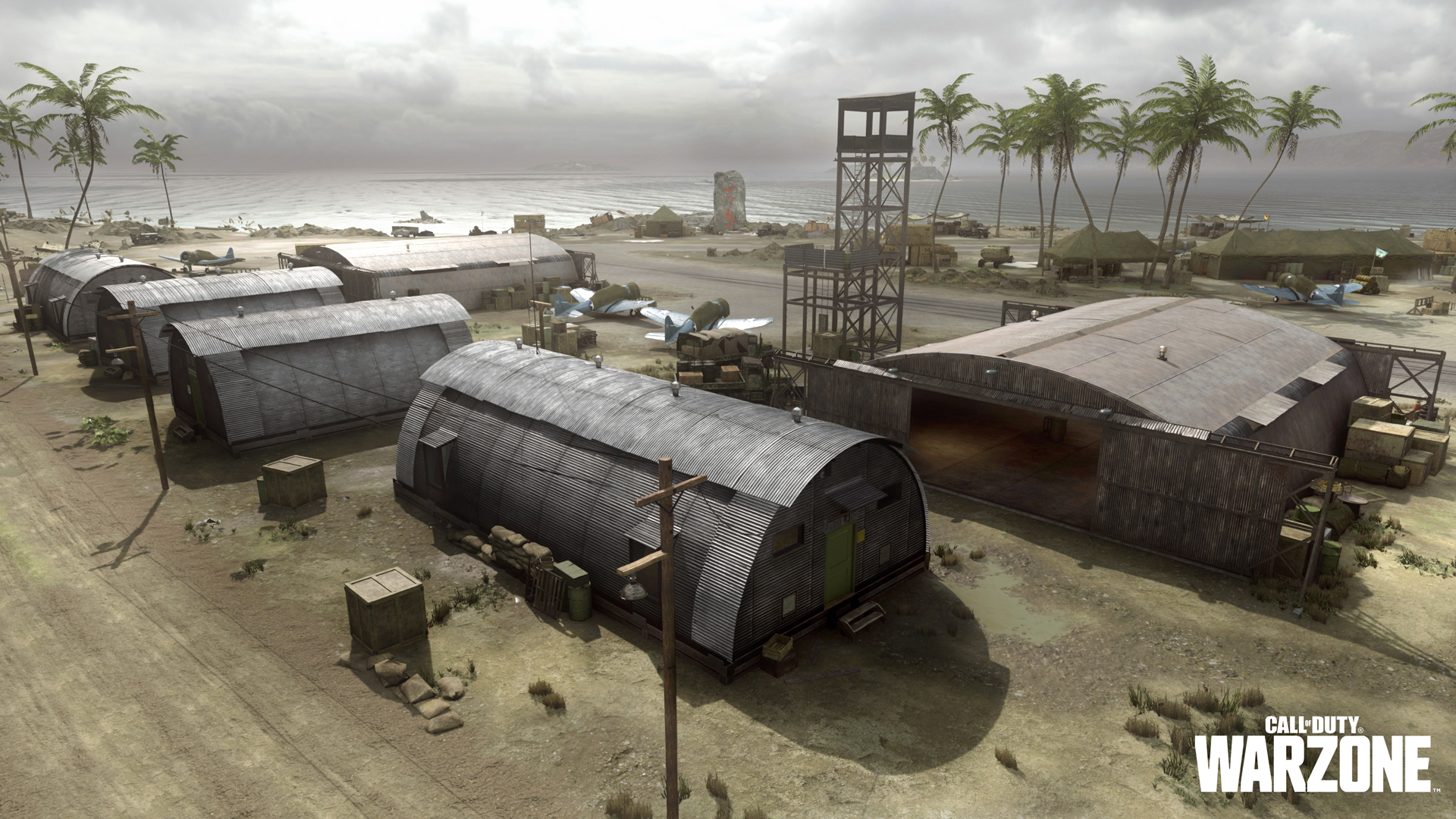 As darker days appear on the horizon, Caldera’s Runway will be rebuilt with a set of barracks, hangars, and other structural additions, replacing jungle overgrowth and abandoned lodgings in this area.

The Runway will also include a few decommissioned planes that could act as cover, as well as a few guard towers and water towers for getting a better survey of the area.

Hit the Sandbar, New to the Lagoon

Operators know of the bridge between the Lagoon’s notable Lighthouse and the rest of Caldera, but in this season, the shifting tides will reveal another path from the main island to the structure.

Expanding off the knee-high water route, this sandbar has multiple moored ships to explore or use as cover. In addition to a steep, rock-faced cliff behind a few houses, there are several sloping paths back up to the main island and to what already existed in this area.

Vehicles can also travel over this area — just be sure your driver knows how to handle off-road terrain and is not prone to any “sinking feelings” during tactical operations. 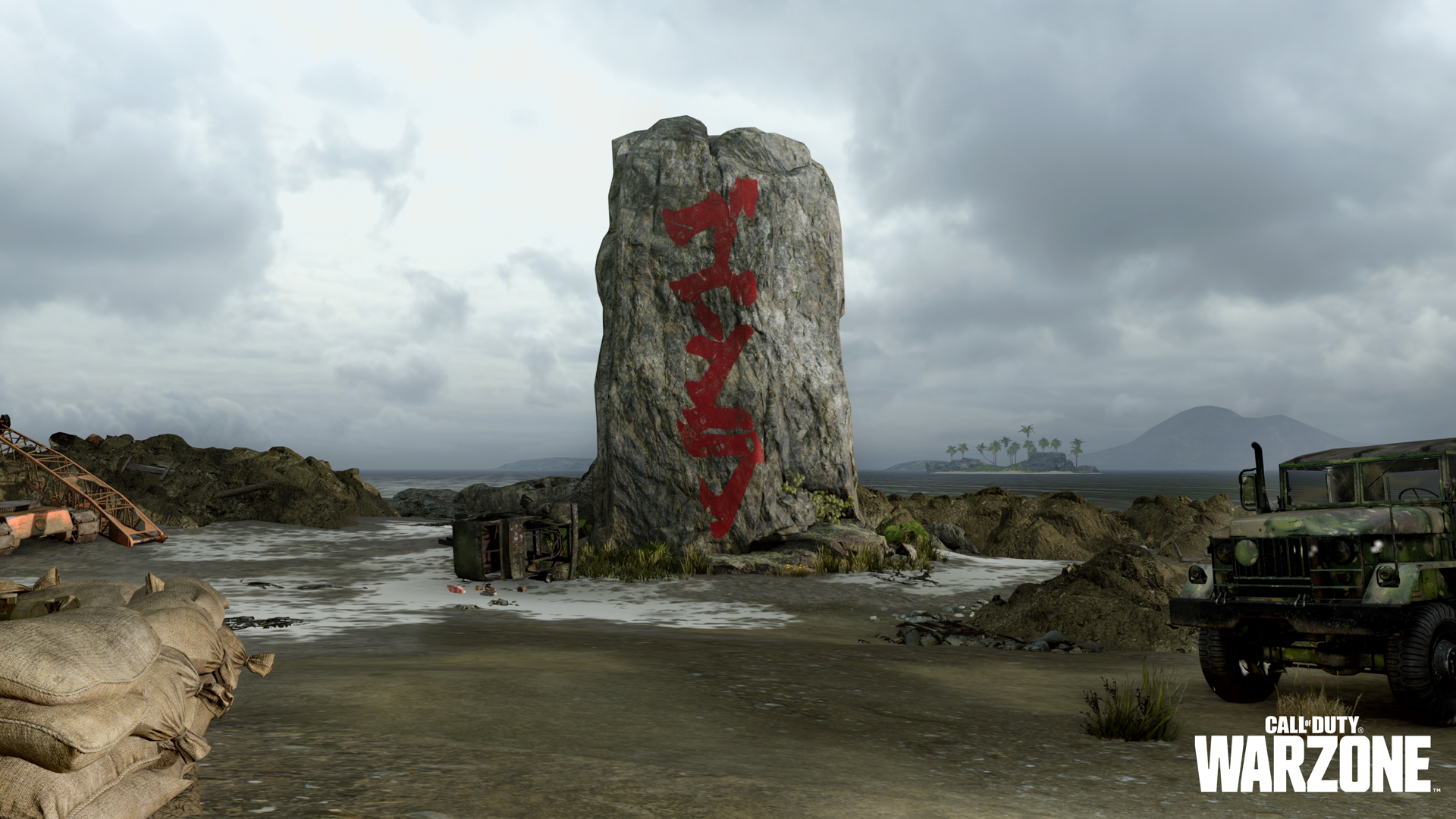 Giant skulls and rebuilt defenses are just two of the many clues towards what will come with Operation Monarch, a special limited-time event featuring the iconic Titans of the Monsterverse, Godzilla and Kong. 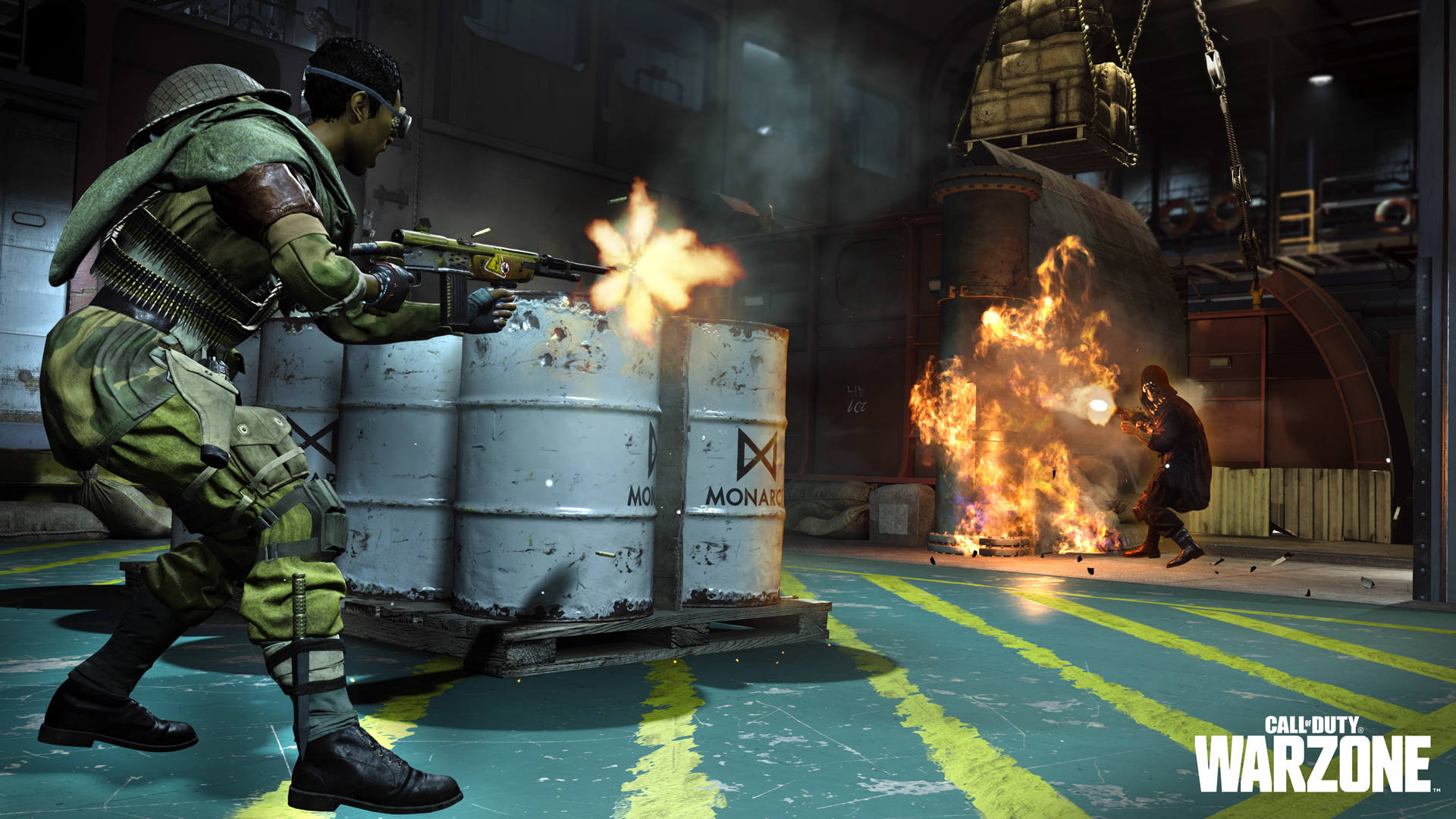 The mines underneath Caldera are no longer the place for Operators to face each other.

Enter the Hold: a new Gulag developed by Toys for Bob. This roughly symmetrical arena is based in the belly of a ship moored just off the coast of Caldera, with identical hallways on the perimeter of an otherwise open space. 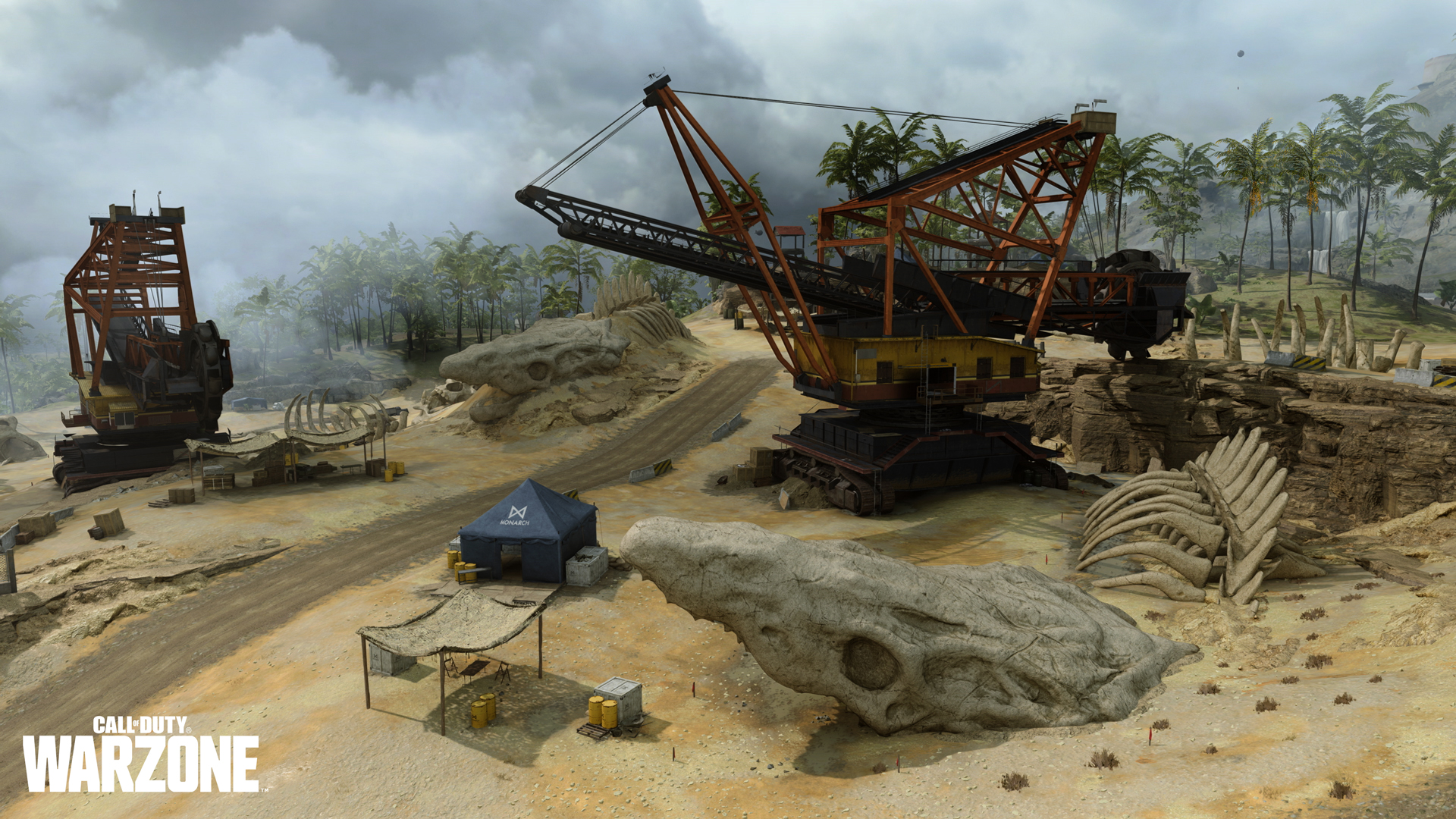 Continuing their promise to improve your experience in Warzone, Raven Software and other studios are planning to introduce more quality-of-life updates with this new season of content, which will be communicated by their Patch Notes coming next week. 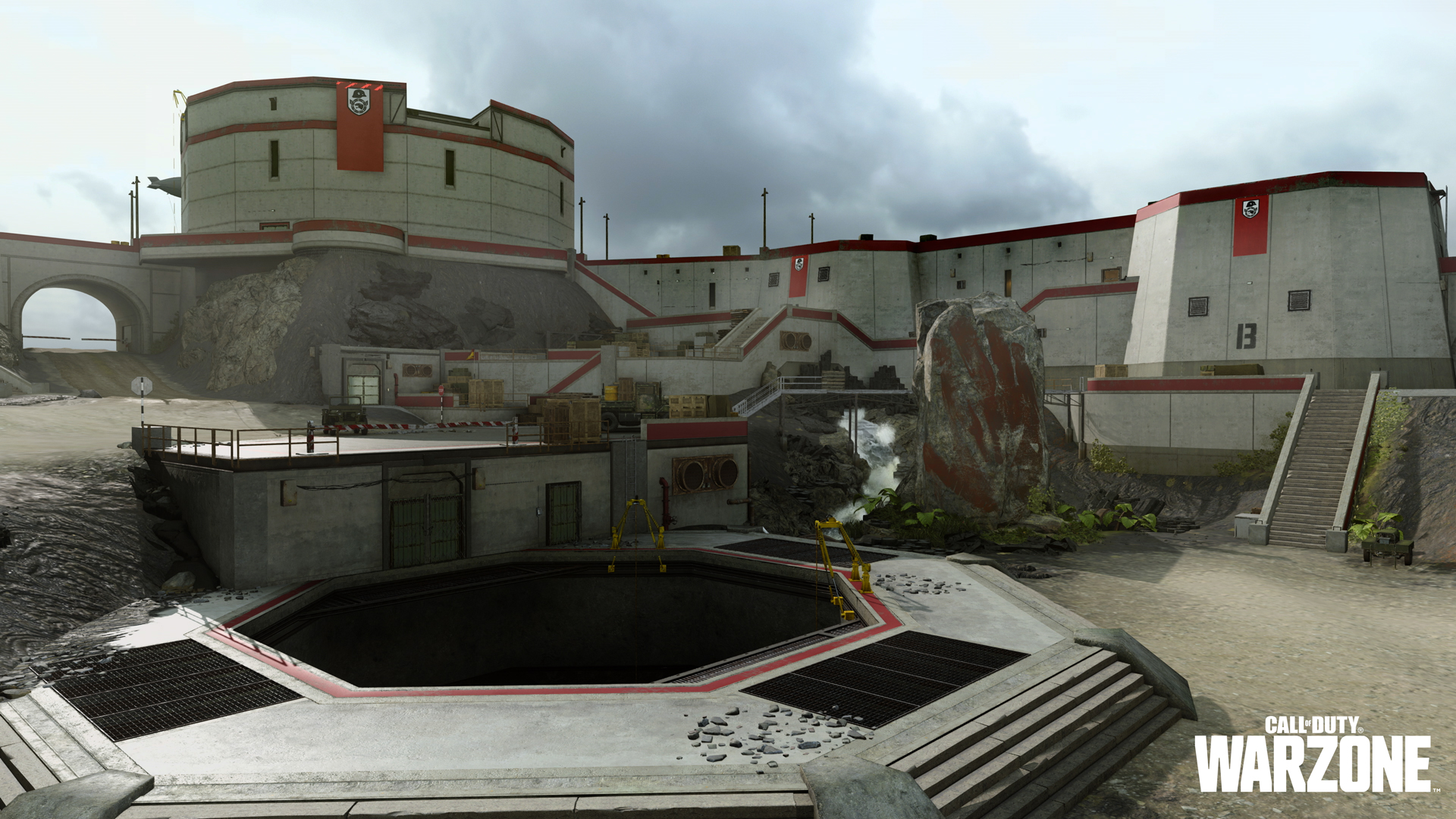 Operation Monarch is likely to have a great impact on Caldera, but something else seems to be shaking and booming underneath the island. Expect more intel on the secrets below Caldera’s surface later on in the season.

Also, with Rebirth Island recently reinforced, Operators may have to undergo an exfiltration mission, which could involve finding a radio for safe extraction before the final circle closes in. Be on the lookout for another Rebirth twist on a classic Warzone mode to come from Beenox when the mid-season update arrives.

Download free Call of Duty Warzone update 1.57 on PS4 and Xbox One.